An Affair With The Turbans Of Rajasthan

Turbans of Rajasthan are much more than headgears worn for protection against sun. Over the years, they have seeped into the cultural ethos of Rajasthani men.

Ever wondered why turbans are in tandem with the Indian culture?

Annually, visitors throng the magnificent land of India for a glimpse of some of its much-known wonders. But what does your average traveler visit India for? The Golden Triangle tour, covering Delhi-Agra-Rajasthan. And hold us on to word when we say, Rajasthan does justify the colouerful part of India’s reputation, a chunk of which goes to the majestic Turbans of Rajasthan.

Give a traveler one Rajasthani man sprouting XL-sized mustaches (which would put Salvador Dali to shame) and clad in those humongous turbans, and they’ll click their camera shutters 20 times faster. Those array of colors, beautiful textures and oodles of character adds to the personality of the men – but, do you know the cultural significance behind these turbans? 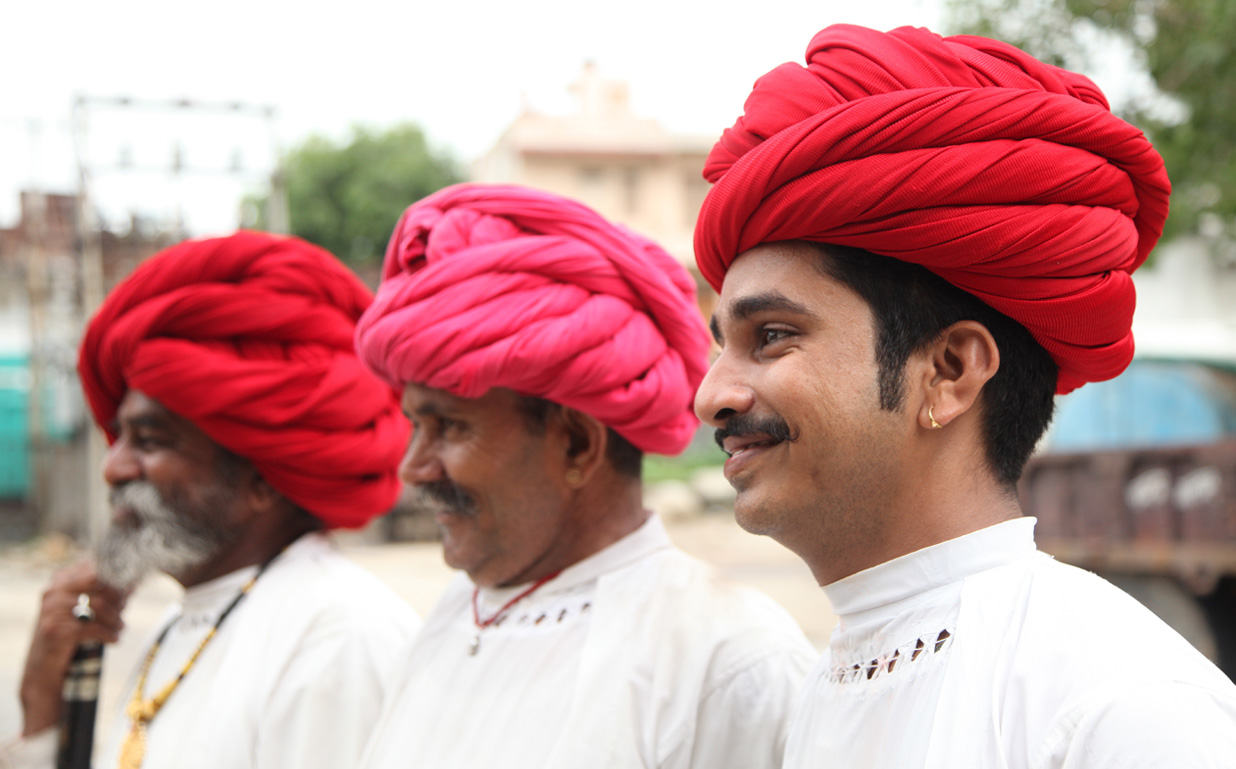 Much venerated in almost all parts of India, especially in Rajasthan, the turban is worn not only to protect the head from the harsh rays of the sun. It also digs its roots into the cultural and ritualistic life of the people. Called Paaga, Pagdi or Safa, this piece of cloth is averagely nine meters long, some even longer. The headgear usage was started in Rajasthan basically by the Rajput (warrior clan) community, who would wear them as a royal mark. You would be surprised at the variations of this colorful turban, as it is unique to each state from which the person belongs to. Style that changes every 15 km in the geographical stretch of Rajasthan, some parts also use them to justify their position in society according to the size of the turban.

While ochre is the color of a Hindu mendicant, it is considered sacred and is worn during weddings, along with variations such as magenta or red. Deeper colours like dark blue, black or khaki are worn during mourning periods. A turban signifies a man’s honor, and knocking it over signifies an insult. Place the turban at someone else’s feet, and you are surrendering while an exchange signifies brotherhood. If a man carries another’s turban in his hand to give to that person’s wife, it signifies that the husband has passed away. Turbans, as stated earlier, also signify the caste. Shepherds always wear red turbans, and the nomadic shepherd clan Bishnois always wear white. 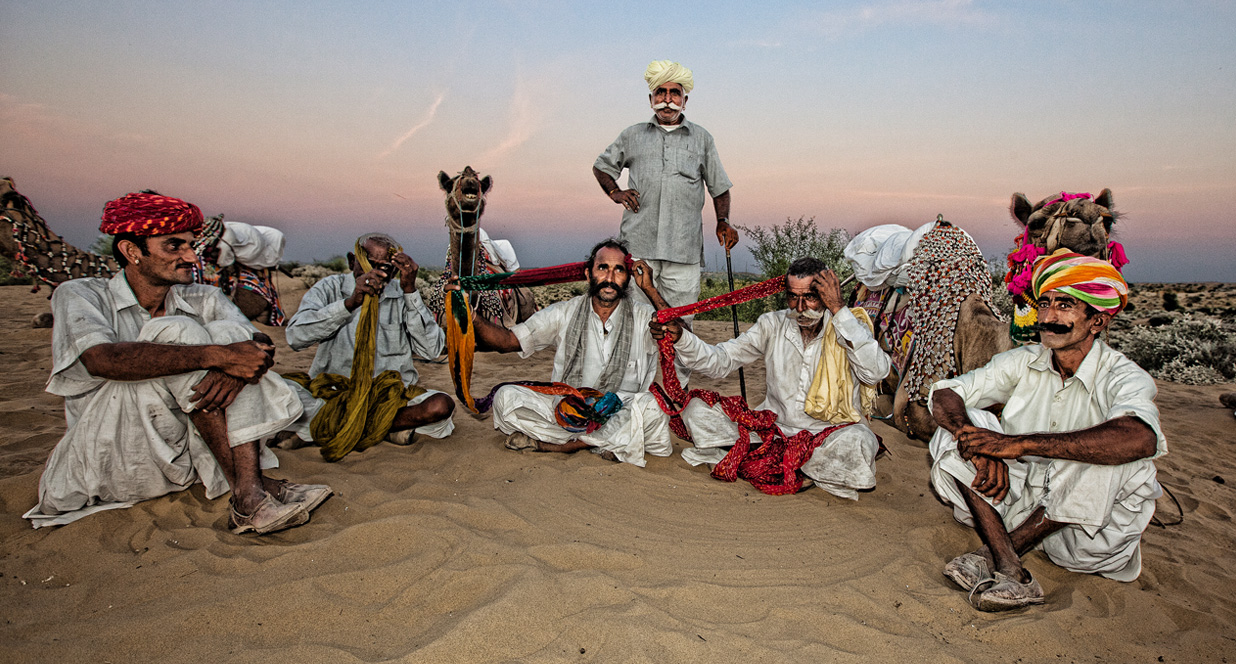 There is more…you’d find different turban colours for different seasons and festivals. If you want to see Rajasthani men in their best turbans, visit them during February and March during the festival of colours, and you will spot everyone – from royal to lay, dressed in multicolor headgears.

Even the influence of climatic conditions changes the shape and size of the turbans. They are large and loose in hot desert areas, vibrant and royal for the princely states.

A small but integral part of the Indian culture, these different colourful beauties will surely stun you as you unravel the stunning Indian landscape!