There are many ways to get around the diverse landscape of India and adventure is one of them. Our multi adventure itinerary will give you a chance to indulge in once-in-a-lifetime experiences to fill several lifetimes.

The journey starts in Delhi, the eclectic capital of India where old and new live harmoniously. Wander through the forts, palaces and local markets to enjoy the old world charm. We then move to Agra to set eyes on the majestic Taj Mahal as we explore a nature trail around this magnificent monument. Drive to the beautiful rural village of Siras, a great way to experience nature and the outdoors. Jaipur, is where the adventure begins. Here is where you can pedal away through the country roads and embark on a less traversed trek.

From there we enter the Gateway of Himalayas - Rishikesh. Also known as the ‘Yoga capital of the World’, satiate your love for adventure with this promising destination for adventure activities. Wade through the rapids of the Ganges with White Water Rafting and soak in the mountain views as you trek away.

End your quest for spirituality and thrill with this expedition. On your mark. Get set. Just let go!

Welcome to New Delhi - the capital city of India! Standing along the west end of the Gangetic plain, the capital city paints a picture rich with culture, architecture and human diversity, deep in history, monuments, museums, galleries and gardens.

Upon arrival you will be picked up by our Travel Manager from the airport and head to your hotel for check in.

This morning explore New Delhi. The city was designed and built by the British in the 1920s and is made up of well-composed and spacious streets under the shade of beautiful trees and beautiful colonial government buildings. As you navigate the city, you will drive along the ceremonial avenue, Rajpath, past the imposing India Gate and Parliament House.

Visit to the Gurudwara Bangla Sahib. One of the most prominent Sikh temples, Bangla Sahib feeds more than 10,000 people every day, irrespective of cast, creed, color or religion. This is an integral part of ‘Seva’ or service, which is part of the Sikh faith. The temple also organizes various other socio-philanthropic activities and its picturesque setting is perfect to calm, relax and contemplate. Engage yourself in community service at the community kitchen or Langar of the Gurudwara Bangla Sahib, the spiritual and cultural center of the Sikh religion. Optional volunteer opportunities:
- Serving food to the people
- Cutting vegetables
- Making roti (Indian bread)

Later drive to Agra, the city of love. Check-in at your hotel and enjoy the afternoon with some rest or stroll around the city which was once the capital of the Moghul Empire, situated on the banks of the River Yamuna. 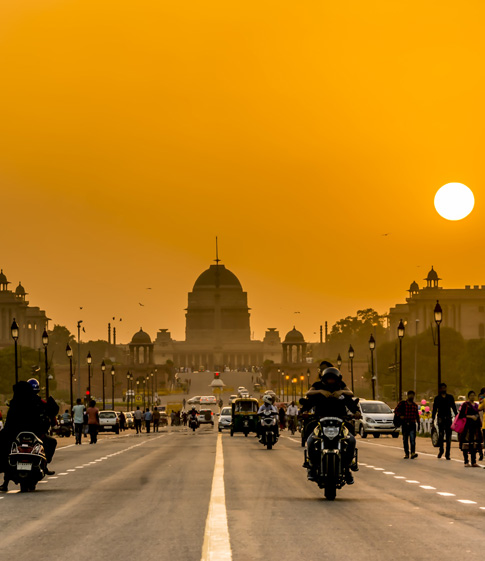 Rise early for a special sunrise tour of the Taj Mahal, glowing through the early morning fog and sunshine. When you enter the complex, you will witness this exquisite monument of love and one of the Seven Wonders of the World, built by the Mughal emperor Shah Jahan as the final resting place of his favourite Queen, Mumtaz. This perfectly symmetrical monument took 22 years (1630-1652 A.D) of hard labor and 20,000 workers, masons and jewellers to build. It was designed by the Persian architect, Ustad Isa. The verses of Holy Quran are inscribed on it and at the top of the gate the 22 small domes, signify the number of years the monument took to be built. This masterpiece has some stunning inlay work, using semi-precious stones that decorates the exterior and interior. Directly under the dome is the tomb of Mumtaz Mahal. Return to your hotel for breakfast.

This afternoon visit Agra Fort, a great monument of red sandstone that dominates a bend in the Yamuna River and was constructed by the Mughals during 1565-1571. It was Emperor Akbar who laid the foundation of this majestic citadel in 1565. The Fort was ready by 1571 during the period of Shah Jehan, Akbar's grandson. The Fort contains splendid mosques and palaces in red sandstone and white marble built by two generations of creative builders during the time of Akbar and later Jahangir and Shah Jahan.

Before sunset, we will practice yoga and meditation at a lovely hillside overlooking the Taj Mahal. 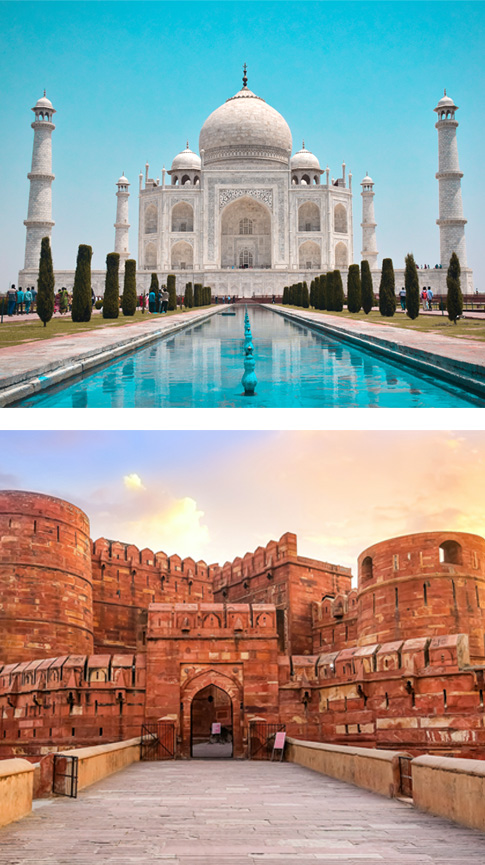 This morning drive to Siras, a beautiful quaint village situated south-east of Jaipur, where you can take it slow as you gaze through the golden carpets of sand dunes. Hop onto a jeep through the desert to the rural village of Siras where you will learn about the everyday lives of the villagers and interact with the locals.

Spend time alongside local organic farmers, ride a camel through the farmland, shake a leg with the tribal dancers, try your hand at tying a traditional Indian turban, relish a sit down meal or a cup of tea at a local family’s home or get your hands dirty in a session of pottery. Each experience is curated for you to connect with the local community in a meaningful way. 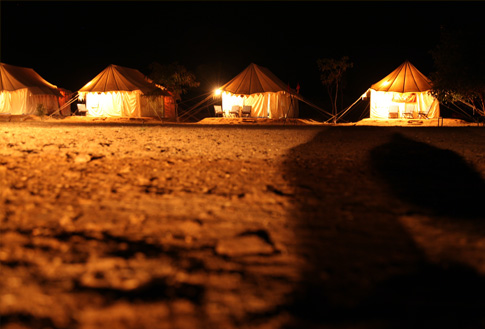 The picturesque location around the campsite is perfect for taking a short hike. Visit the farm lands to know more about the agricultural practices or hike up the mountains to set eyes on the beautiful countryside views.

This afternoon we drive to Jaipur the ‘Pink City’, one of the great cities of the Rajput, famous for its profusion of palaces, forts, gardens and a medieval labyrinth of bazaars and ancient private mansions. Jaipur is named after the warrior and astronomer sovereign Sawai Jai Singh II who planned his new capital to reflect the increasing wealth of the kingdom. On arrival check-in at your hotel.

This evening we shall stroll around the local markets known for textiles, spices and traditional jewellery. Each of these colourful markets possess a unique charm that will surely surprise you! 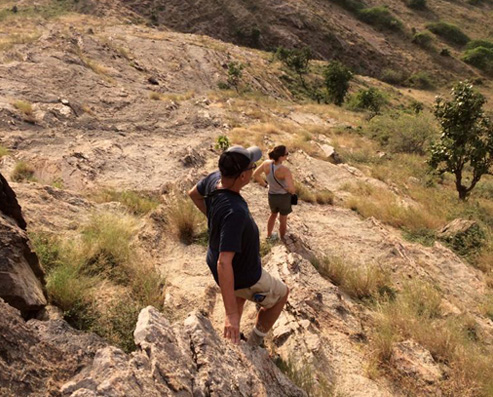 Today we shall visit the exquisite Amber Fort, a spectacular complex of palaces, temples and apartments that offers a stunning view of the city.

Later we shall go on a 3-4 hours hike to Jai Garh Fort and Nahargarh Fort. (Total 7 kms - includes 6 kms trekking and 1 km hiking).

Jaigarh Fort: Built by Maharaja Jai Singh II in 1726 this is a battle fort with cannon foundry, an interesting museum, intricate water harvesting system and possibly the largest cannon in the world... the Jaiwan.

Nahargarh Fort: Nahargarh or the tiger fort overlooks the city of Jaipur, houses a beautiful palace complex and a uniquely designed stepwell. It is located on the edge of the Aravalli Hills, overlooking the pink city of Jaipur in Rajasthan.

Later learn about the Rajasthan’s tradition art of block printing during your stay. The process of doing block printing flourished since the 12th century when the art received a royal patronage from the kings of the era. It is done on cotton fabrics by using natural colours. 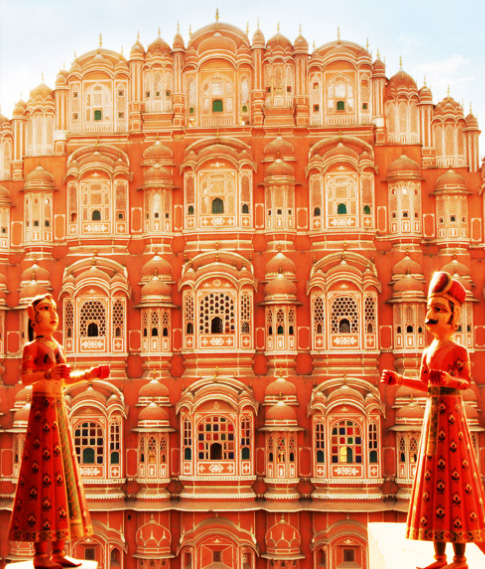 Post breakfast your leader will take you through a quick brief about cycling in India before you hit the road. Leave the chaos of the city to revel amidst the quiet country side roads of Ram Garh, with scenic landscapes. As you bike towards the lodge, we shall make a pit stop at the farming settlements and introduce you to the local village life, its culture and traditions. Later you shall explore the village on foot and jeep as well.

Late this afternoon you shall return to Jaipur on your bike at a relaxed pace. We shall stop at the local village Chai (tea) stall to enjoy a hot brew and visit some famous shrines. This evening, enjoy a cultural performance at your hotel. Morning fly to Dehradun, the Himalayan foothills. And upon arrival you will drive to Rishikesh known as the ‘Yoga Capital of the World’, with plethora of ashrams and all kinds of yoga and meditation classes, surrounded by forested hills best for mind expansion.

Rishikesh is a magnet for people on spiritual journeys, mainly because of the impressive Ganga Aarti celebrations that the locals host here. During your stay, you’ll get the chance to engage in this deeply touching religious ritual held at the Parmarth Niketan Ghat. Choose to either sit quietly or join the crowd during their ritual prayer as the chant of prayers, beating drums and ringing bells create their own evocative orchestra. Tiny oil lamps sail on flower-filled leaf boats down the river’s holy waters, and you can purchase one of these lamps to participate in this religious custom. After an evening of hymns and uplifting rituals, relax at your hotel for a restful night.

This evening walk to the ghats of the Ganges to witness the Aarti Ceremony which is part of the evening puja or prayers. During the ceremony deewas (oil lamps) are offered to Mother Ganges with thanks and devotion for the light of the sun and for her divine light. As the Aarti fire ceremonies take place, bells are rung and chanting and singing provide a fascinating, magical and spiritual conclusion to the days end. Mala Kunti is a rather easy trek into the mountains where you shall wander in the forest area, loosing yourself to the quiet green-scape surrounding you. Enjoy your snacks and coffee on the way back.

Begin the day with a spiritually refreshing yoga session at your hotel.

After breakfast, we drive to Kudiyala and gear up for our Rafting expedition. We shall cover a 25 kms stretch up to Rishikesh enroute stop at Brahmpuri beach for lunch then continue to Rishikesh. On arrival at Rishikesh freshen up and drive back to your hotel.

Evening witness the Arti ceremony at the ghats of the river Ganges. Today drive to Delhi to take your flight back home with some cherished memories of this adventurous journey. 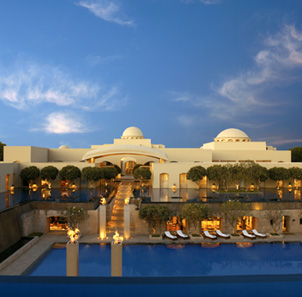 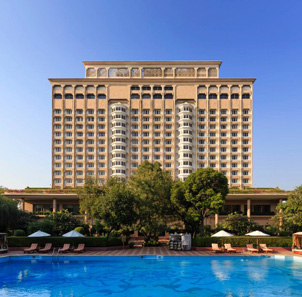 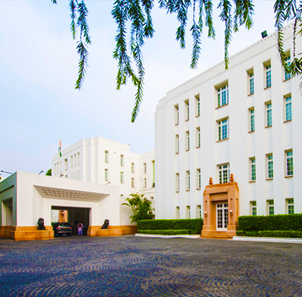 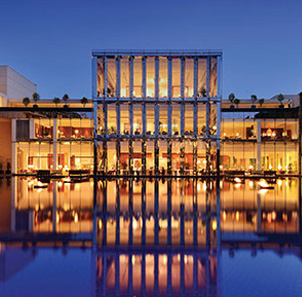 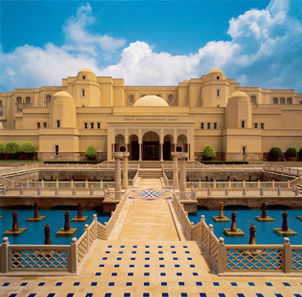